ALM is a 501 (c) 3 covering for ministries, churches, schools and ministers, all over the world.

ALM is registered as such with the IRS (USA) and uses this legal covering within its network of churches, schools and ministries.

ALM provides the legal structure and frame work for its strategically aligned ministers, ministries and churches to accomplish things on a greater scale than might be normally possible when working on their own.

DHN is a network of “House Churches” that operate in the United States, from coast-to-coast.

DHN is working alongside of the Church Multiplication Church Planting Network.

DHN is an Acts 13:36 ministry; “after David fulfilled the purposes of God for his generation, he slept.”

DHN has the goal of raising up a new breed of believers who will live out their Divine destinies in a viable and tangible way, in their homes, businesses and communities.

GAN is a network of 5-fold Ministers, Ministries, and Churches that operate globally.

GAN is a relational network alignment that empowers individual churches, ministries and ministers to be able to do more as a team.

GAN is an Ephesians 4:11-16 ministry that works to align the various “Ascension Gifts” into a powerful and dynamic 5-FOLD ministry team of Apostles, Prophets, Evangelists, Pastors and Teachers that can effectively touch the part of the world where they live.

TGI is an Equipping Center that is designed to raise up the next generation of ministering believers & leaders.

TGI is also a vibrant active force in the Market-Place through Tea Rooms, Salon & Spas and other For-Profit-businesses.

TGI is an Ephesians 4:11-16 ministry that uses the various “Ascension Gifts” to build the church and bring the believers into full maturity through unity and being equipped for the work of ministry.

EACH OF THE ABOVE MINISTRIES WERE DESIGNED FOR A SPECIFIC PURPOSE! 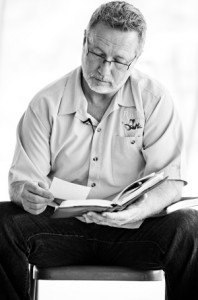 Abundant Life Ministries was designed to provide a “covering” and “oversight” to ministers, churches, schools, ministries, and businesses for greater things!

Destiny House Network was designed to facilitate a grass-roots movement that helps take the church back to its origins, in the Market-Place and Houses!

Global Apostolic Network was designed to help develop 5-Fold ministers into a 5-Fold team of men and women who do greater works than they could if ministering alone!

Thee Garden International was designed as an Equipping Center for the new breed of believers who are wanting to do more within the Kingdom of God… they want to DO the work of ministry!

The world as we know it, is changing!

Wars and rumors of wars is “old” news!  Today, entire countries and even entire regions of the world are in crises like has not been seen nor experienced in our life times! Apocalyptic scenes are being experienced all over the world! Fear is the biggest enemy that men and women all over the globe are having to wrestle with, in this “hour.” “men’s hearts are failing them for fear….” Sin, disease, crime, and immorality are running rampant in our societies! It seems like all of hell has been unleashed upon the world!!!

A “Great Awakening” is the “new” news! Jesus promised us that when all of these things begin to happen there will be a mighty move of God all over our planet! He also said that there will be a “transference of wealth” that will take place. This wealth is to be used to finance this mighty “last days” move of God!

These NETWORKS are the NEW WINE SKINS that were designed to “house” this NEXT MOVE OF GOD!

Heart-deep in the Harvest, 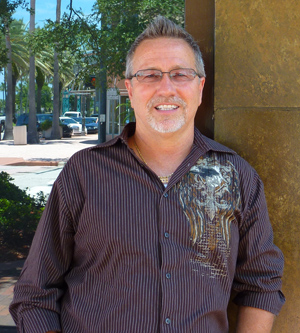 Marcus J. Triplett
Connect with me