Hi and welcome! My name is Marcus Triplett. I am an apostle of the Lord Jesus Christ. I work with house churches, business and ministries to make an impact for the cause of Christ in the marketplace. I hold evangelistic and miracle services in churches as well as outdoor meetings/crusades, and other venues. My ministry is filled with salvations , signs and wonders, healings, miracles, Holy Spirit Baptisms, Deliverance from demonic strongholds, and many of the other “gifts” spoken of in the Word of God. I would love to connect with you …Connect with me » and let’s see what God will do in your church, in your community, in your business, in your home and in your Market-Place!

Janette was born in Malaysia to Dr. Delmar & Eleanor Guynes, then, missionaries with the Assemblies of God church and now retired President of Southwestern A/G University in Waxahachie, Texas 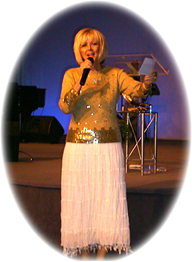 They moved to Daytona Beach, Florida, where they started the current Ministries, Churches and Networks.  Since 1996, they have been privileged to be a part of the Apostolic Reformation that is sweeping the world.

Presently, they are recognized as Apostles, through the International Coalition of Apostles (I.C.A.) with John Kelly and Peter Wagner as the overseers of this global Apostolic Reformation movement.

They PLANT CHURCHES in America under the covering of Destiny House Network a strategic alignment for a new breed of House Churches. God willing, we are coming to a city, town, community near you!!!

They LEAD BUSINESSES into the Market-Place as a way to do ministry. They provide Coaching and Incubation for Kingdom Businesses. They also own and operate various for-profit businesses in the Market-Places of America and overseas.

Abundant Life Ministries functions as a legal covering for the various aspects of the aligned networks that are associated with the Triplett’s ministries around the world. It is a 501(c)3 not-for profit corporation in the United States of America.

Global Apostolic Network operates outside of the United States of America as a covering for the 5-fold ministers and ministries.

Destiny House Network operates inside of the United States of America as a covering for House Churches in various States.

Thee Garden International operates as a Training and Equipping Center that trains Believers as leaders in the Market-Place, local churches, missions, and other ministry oriented tasks. Connect with me »

Marcus Triplett is an Apostle of the Lord Jesus Christ carrying out the mission to plant house churches, incubate Kingdom businesses & grow the ministry network.